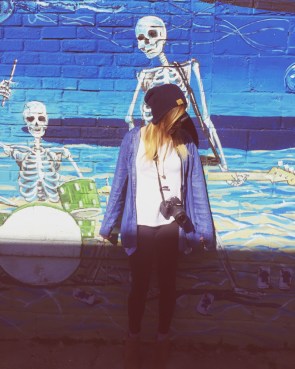 I can’t help but notice the endless battle for air while being swept by the tides of complacency \ My knowledge is accountability \ And I have to do something. -Sinking; Hundredth

I can’t even begin to tell you how many people have messaged me all saying almost the exact same thing.

The gist is this: “I’m so glad you’re writing this blog, because I would never have been able to. Thanks for sharing your story, because I see myself in your posts.”

Some of these are people I’ve known from high school or college or just however, and others were complete strangers to me. Very few also have bipolar disorder.

The struggles mentioned ranged from depression, anxiety, OCD, eating disorders.. and just being a freaking human who has issues from time to time! Like don’t we all!?

I’m so glad that all these people decided to reach out to me. All with similar but at the same time totally unique stories. It has been nothing but super encouraging to me along the way, and I’m thankful for every message I get.

I don’t expect everyone to start their own blog. That’d be absurd if I did. I know you’re all like…I don’t have time for that. If you do want to start one, that’s great! I’ll read it.

Sydel Curry brought this quote to my attention when she shared my blog a little bit ago:

“What mental health needs is more sunlight, more candor, more unashamed conversation about illness that affect not only individuals, but their families as well.” -Glenn Close

It’s true, I couldn’t have said it any better myself. More unashamed conversation. If you read along with my blog and you’re like, that’s great and all, but there’s nothing I can do about it sorry..

We’re so scared of mental illness. And I don’t know why.

Actually, just kidding, I do.

We’re scared because it hits way too close to home for us than we’re willing to admit, and we’d rather it just go away. The problem will surely disappear if I don’t acknowledge its existence.

And then, like clockwork, things happen. Horrible things. Things in our world like school shootings. Virginia Tech. Sandy Hook. Columbine.  Movie theater shootings. The Dark Knight. Trainwreck. In the case of the high school my brothers attended in Boston, a school stabbing of a high school freshman. This list is only the tip of the iceberg in tragedy.

It’s heartbreaking. And it’s so easy for us to be angry. I’m angry. Believe me when I say this hurts me. I don’t understand. I cannot comprehend what brings a human to that kind of conclusion about our world and their life.

Demonizing the mentally ill who cause these kind of tragedies, and then just waiting for the next one to happen is like shooting ourselves in the foot.

“The only thing necessary for the triumph of evil is for good men to do nothing.” -Edmund Burke

But when will we learn just how important this issue is, and admit how close to home it hits for us? I think we read the headlines and just cross our fingers that it won’t happen in our neighborhoods or our schools. That it’ll stay at a safe enough distance. So that we can mourn, but not do anything.

After all the terrible tragedies that have gone on, do you think it’s easy for the mentally ill to want to get help or to speak “unashamedly” about their condition? I know for me, these times made me want to crawl in a closet and never come out. Because I was so fearful of what people would think when they found out and saw me and all they could think was, bipolar.

In reality, there are people all around you every day who face mental illness. Studies say half of these people are going untreated.

One of the driving forces behind my blog is this statistic.. according to the dbsalliance, as many as 1 in 5 patients with bipolar disorder completes suicide.

With 5.7 million adult Americans with the disorder, that’s a lot of casualties.

If you were told that that was your fate, a 1 in 5 chance of survival, what would you do with that reality? Would you crawl in a hole, or would you just pretend everything’s okay?

Maybe you would you consider doing something about it.

2 thoughts on “how silence can kill” 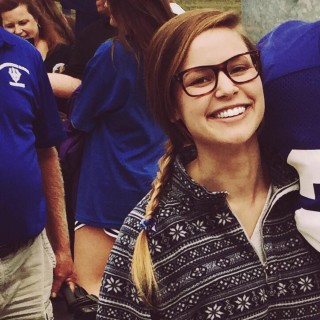